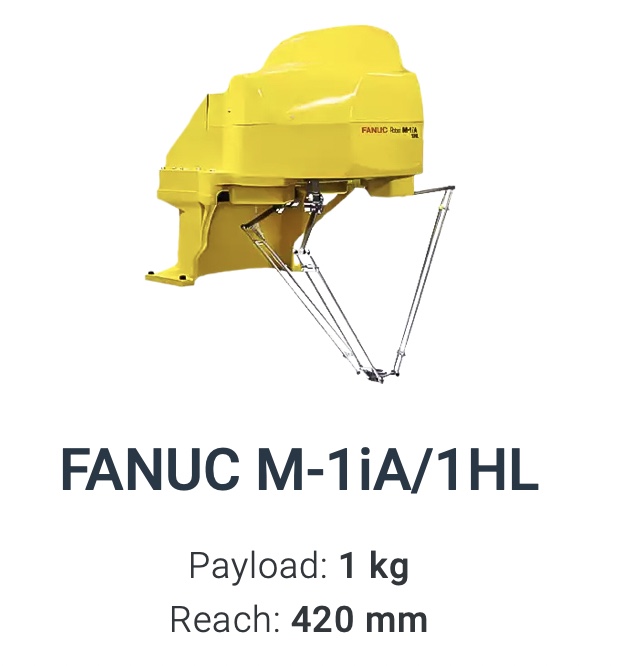 Manufacturers that want a long reach, delta-style robot need to look no further The M1iA/1HL is part of the M1iA family from FANUC. This version has a longer reach, which gives it a little more flexibility, but it is also engineered with a parallel link configuration which makes it ideally suited for small parts assembly, handling, and picking projects. The parallel link structure of the robot enables it to reach much higher speeds and consistency than other previous robot models. This level of consistency is only bolstered by optional features such as iRVision, Force Sensing, and Robot Link -- accessories that improve the motion and communication of the robot during operation. Robot Link is extremely helpful in a M-1iA/1HL work cell configuration, because it can coordinate up to 10 robots and allow them to exchange positional data to work together on tasks. Like many other M-1iA robots, the M-1iA/1HL uses the iPendant touch or Open Air versions of the R-30iB controller - the Mate version can be requested.