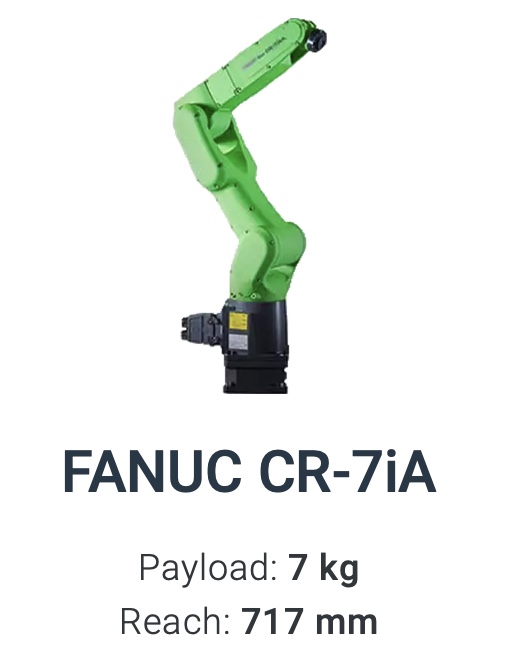 FANUC's collaborative robot resembles the LR Mate family. The Green paint shows it's ability to work next to humans, you can expect the same reliability as FANUC's yellow robots. The CR-7iA is ideal for small part sorting and assembly, inspection, machine tending, and part delivery. It has a 7 kg payload, 717 mm reach, and is equipped with iRVision and Force Sensing. There are a variety of mounting options such as floor, wall, and ceiling. The FANUC CR-7iA operates with the small R-30iB Mate controller, capable of running on 120v. It is designed to meet the safety requirements of ISO 10218-1:2011 and RIA/ANSI R15.06-2012.