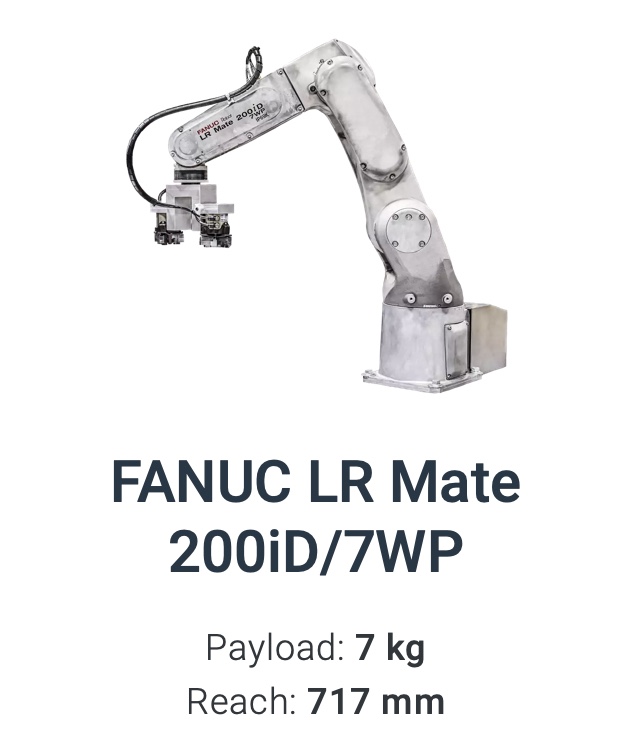 With its wash proof rating the Fanuc LR Mate 200iD/7WP has use in a variety of industries, from those dealing with metals and electronics, to those dealing with food and pharmaceuticals. The FANUC LR Mate 200iD/7WP may be just the wash-proof robot you're looking for. This robot is able to perform multiple robot applications, including handling, material removal, and small part assembly. The robot has an IP67 rating standard, with an IP69k option as well, which means that the robot is dust-proof, but it can also handle immersion in water up to 1m, and it can handle high pressure cleaning from steam jets. This is a 6 axis robot. Compatible with the R30iB Mate or R30iB Mate Plus Controller.