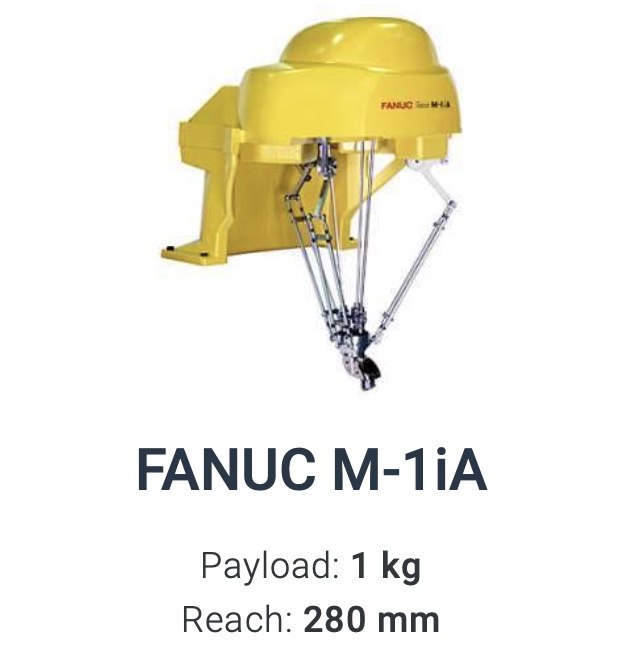 This robot has a spider-like body that weighs only 17kg, the parallel-link M-1iA R30iA is a super-lightweight assembly Genkotsu robot that can fit into tight spots - shelves, machines, etc. The M1iA is well-suited for many applications, including assembly, dispensing, pick and place, as well as a educational uses within a number of different contexts and industries. Automated robots of this size are especially useful for companies within pharmaceutical, plastics, electronics or packaging industries. The new and used M 1iA is run by the advanced FANUC R-30iA controller or the R-30iA Mateand easily accommodates vision and/or collision equipment.