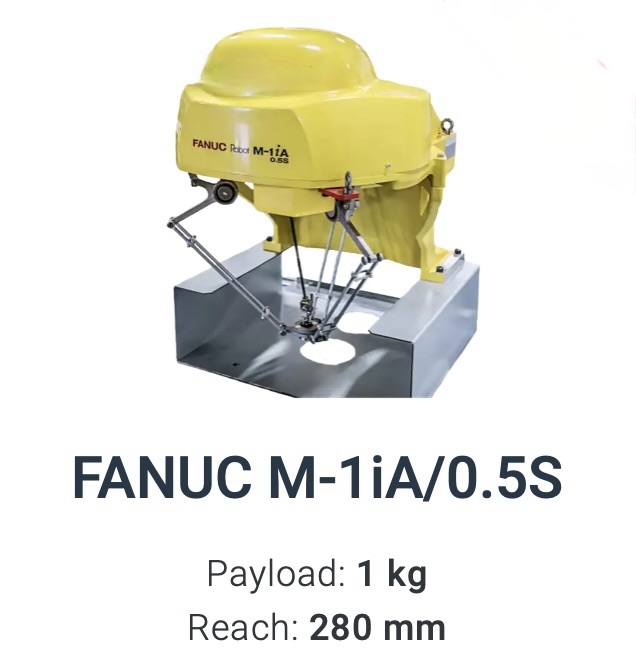 This is a 4-axis version of the FANUC M-1iA/0.5S Genkotsu (fist) robot can reach speeds up to 3000 degrees per second. This makes the FANUC M1iA/0.5S R30iA /R-30iB a first choice for applications with light payloads and speed requirements. 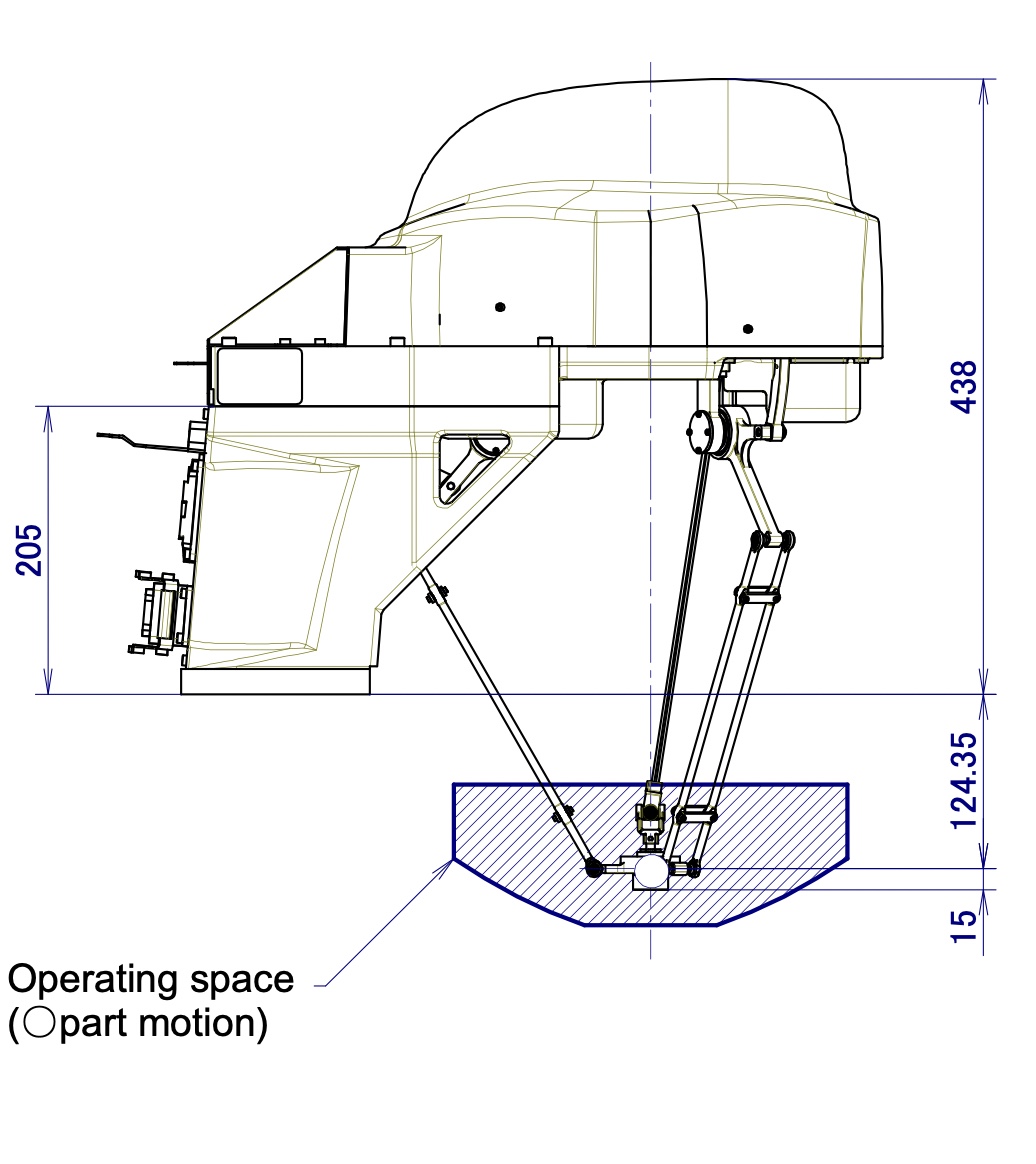 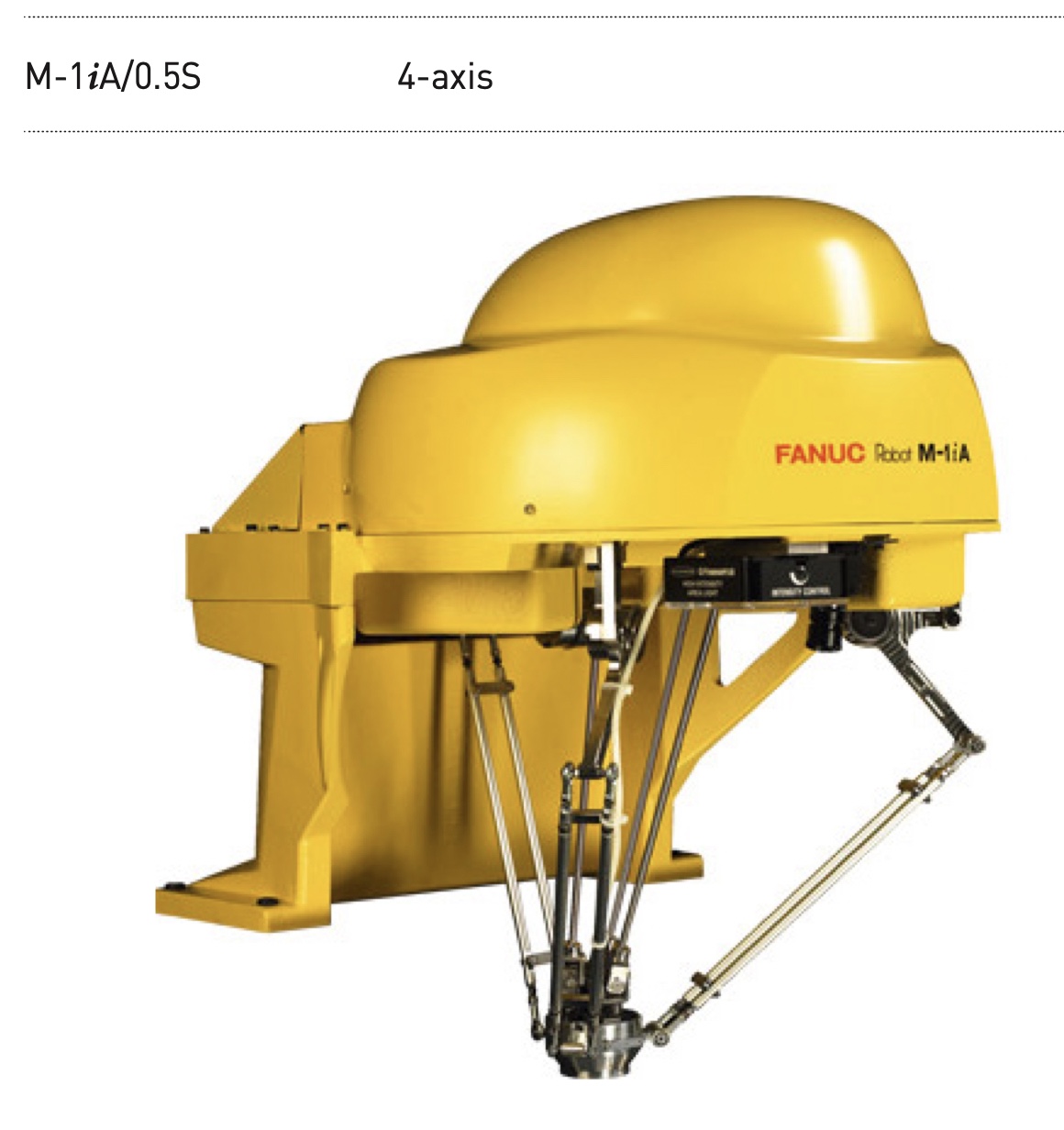 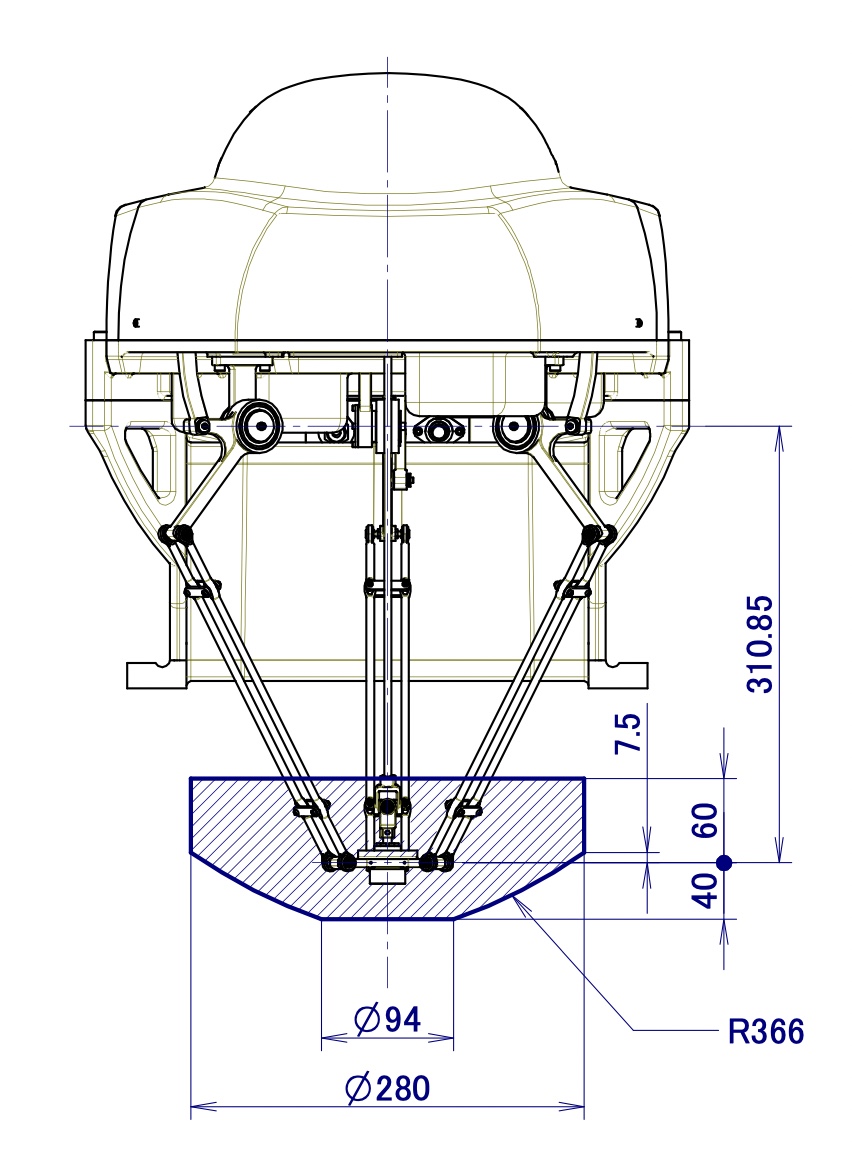