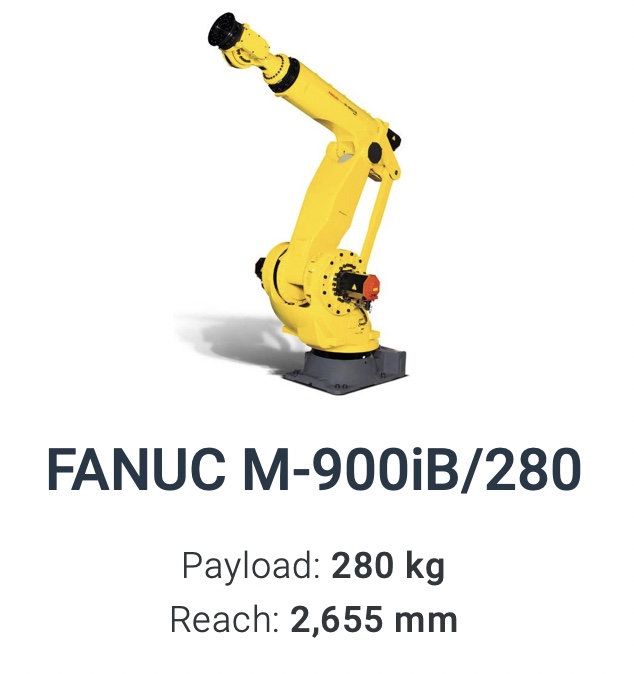 The Newest Series in the Fanuc M-Series of intelligent robots the Fanuc M-900iB/280 has a design that is based on its sibling, the M-900iB/360, the Fanuc M-900iB/280 is a rigid, precise robot. Fanuc building on all its expertise introduced this model, giving the J3 arm more stiffness, which allows this model to be the ultimate M-900iB for precision. While the M900iB/280 is suited for a variety of different material handling applications, it shines when used for material removal processes, like routing, cutting, deburring, and drilling, where the tooling requires pressure and accuracy is an absolute must. While the rigidity of the M-900iB/280 is one of the main features, this robot is still considered flexible. It can be mounted to the floor, ceiling, wall, or at an angle, and while it is stiff, it is still flexible enough to perform applications that require the six degrees of freedom. The newest M-900iB series is truly a testament to Fanuc's engineering prowess. It runs on Fanuc R-30iB A Cabinet Controller the smaller cabinet or the Fanuc R-30iB B-Cabinet Controller. 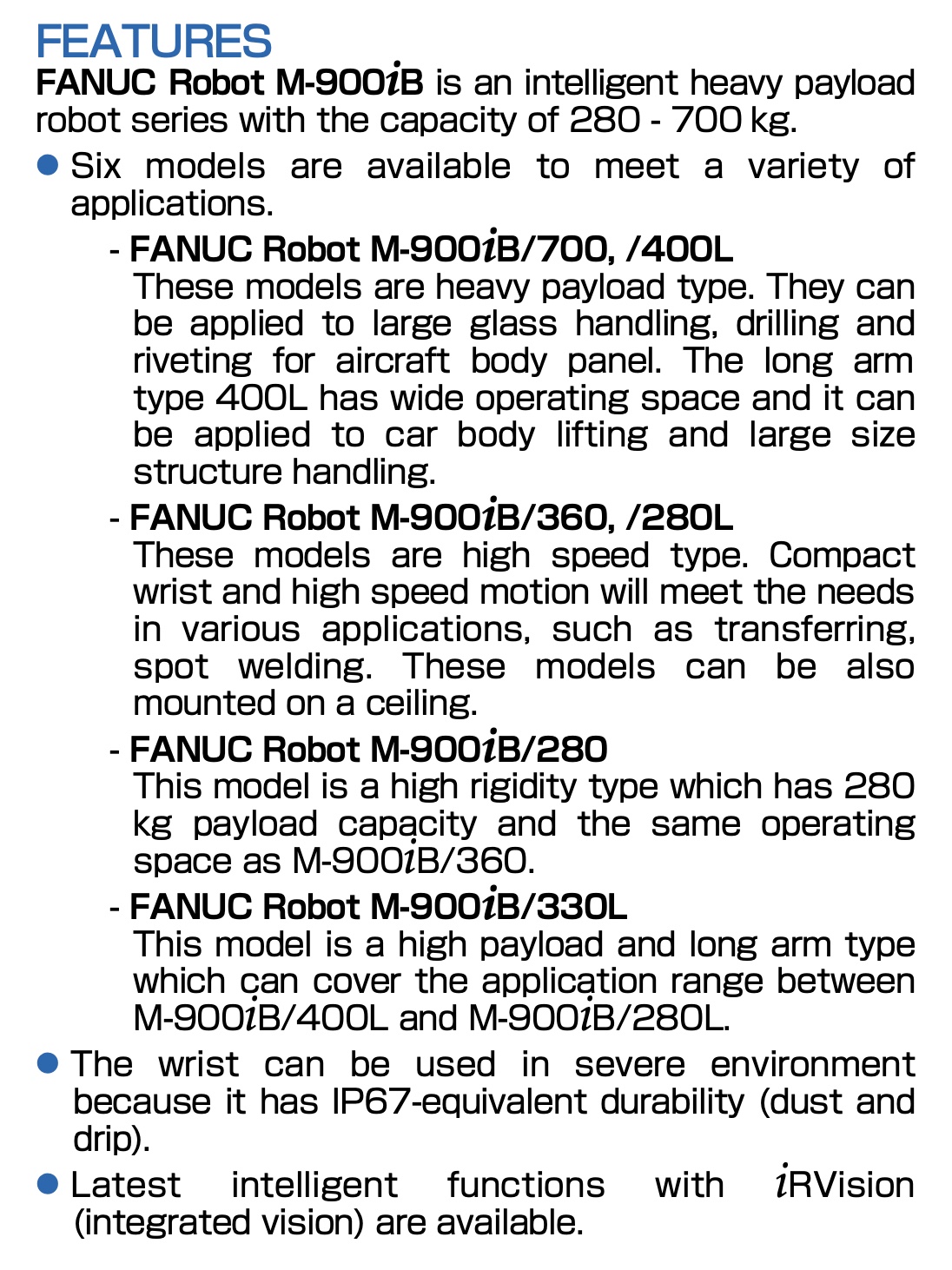 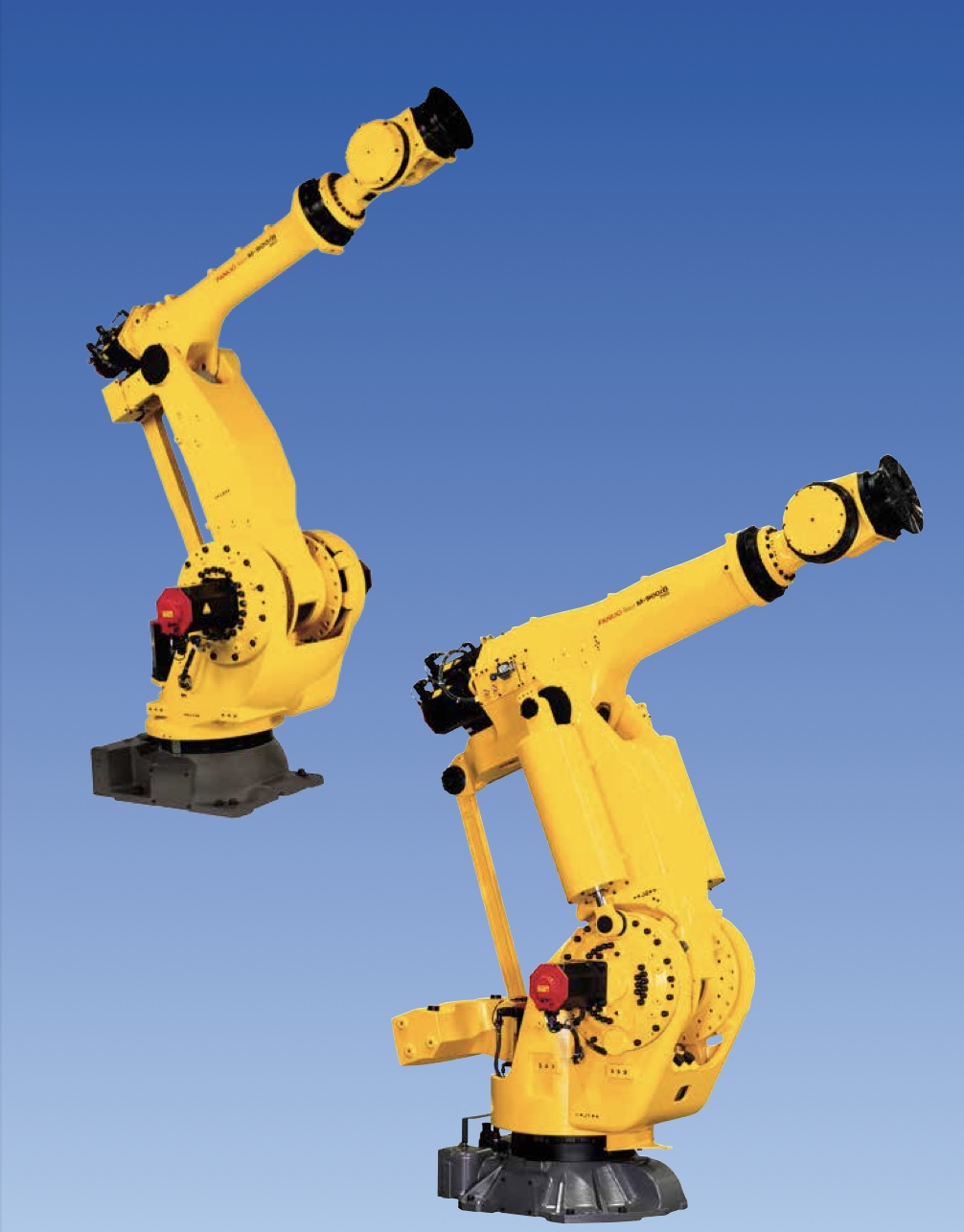 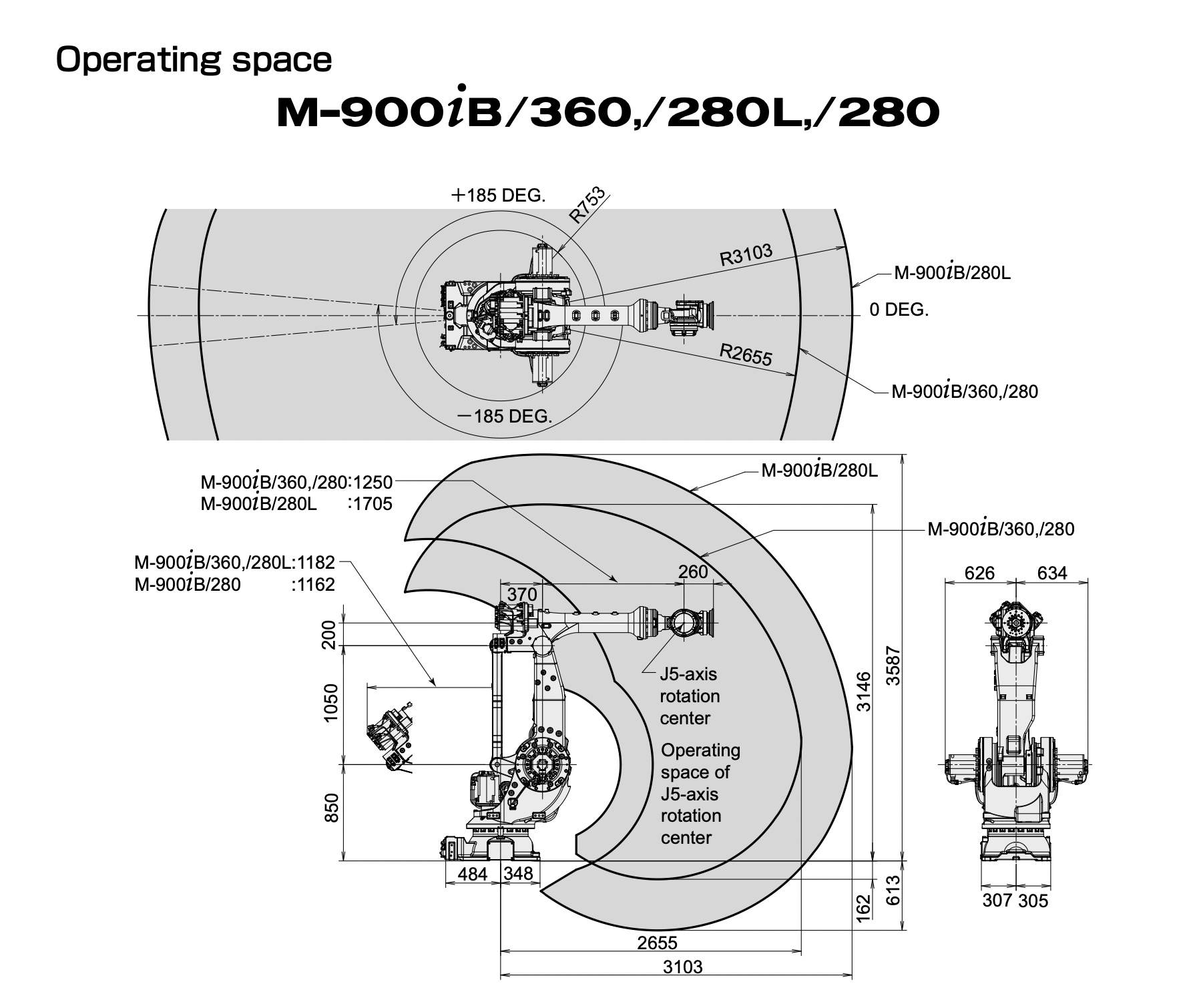 Fanuc America Robotics are one of the premiere global robot brands. They build absolutely fantastic products and are by far the number one selling robot brand in the United States. If you allow us to re-register your software with Fanuc you will get 24-7 technical support from their expert staff. We will register the robot in your companies name, so when you reach out to Fanuc for support and provide them with your robots F number they will know who you are, and the robot your calling about.﻿﻿﻿﻿﻿﻿