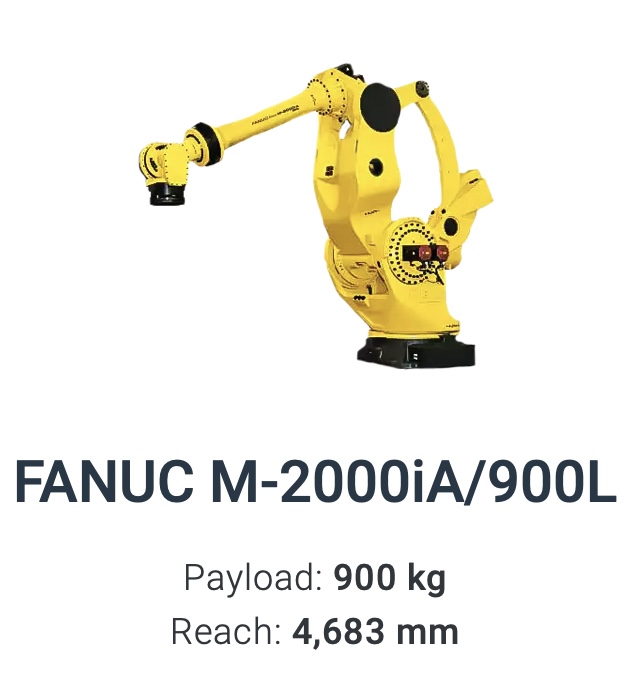 Powerful enough to lift 900 kg, this model is ideal for a vast range of material handling applications in the automotive and heavy machinery industries. The Fanuc M-2000iA/900L has an amazing 4683mm of reach. What a beautiful big robot. Depending on date of manufacture this robot runs on the Fanuc R30iA or Fanuc R30iB Controller. This long arm version provides the highest reach of all the FANUC robots with an amazing 6200mm vertical reach. R.A.B. Industries is always looking buy Fanuc M-2000iA series robots and just recently had a 900L in our facility. So big it's almost intimidating, it some cases it could be used to replace an over head crane. 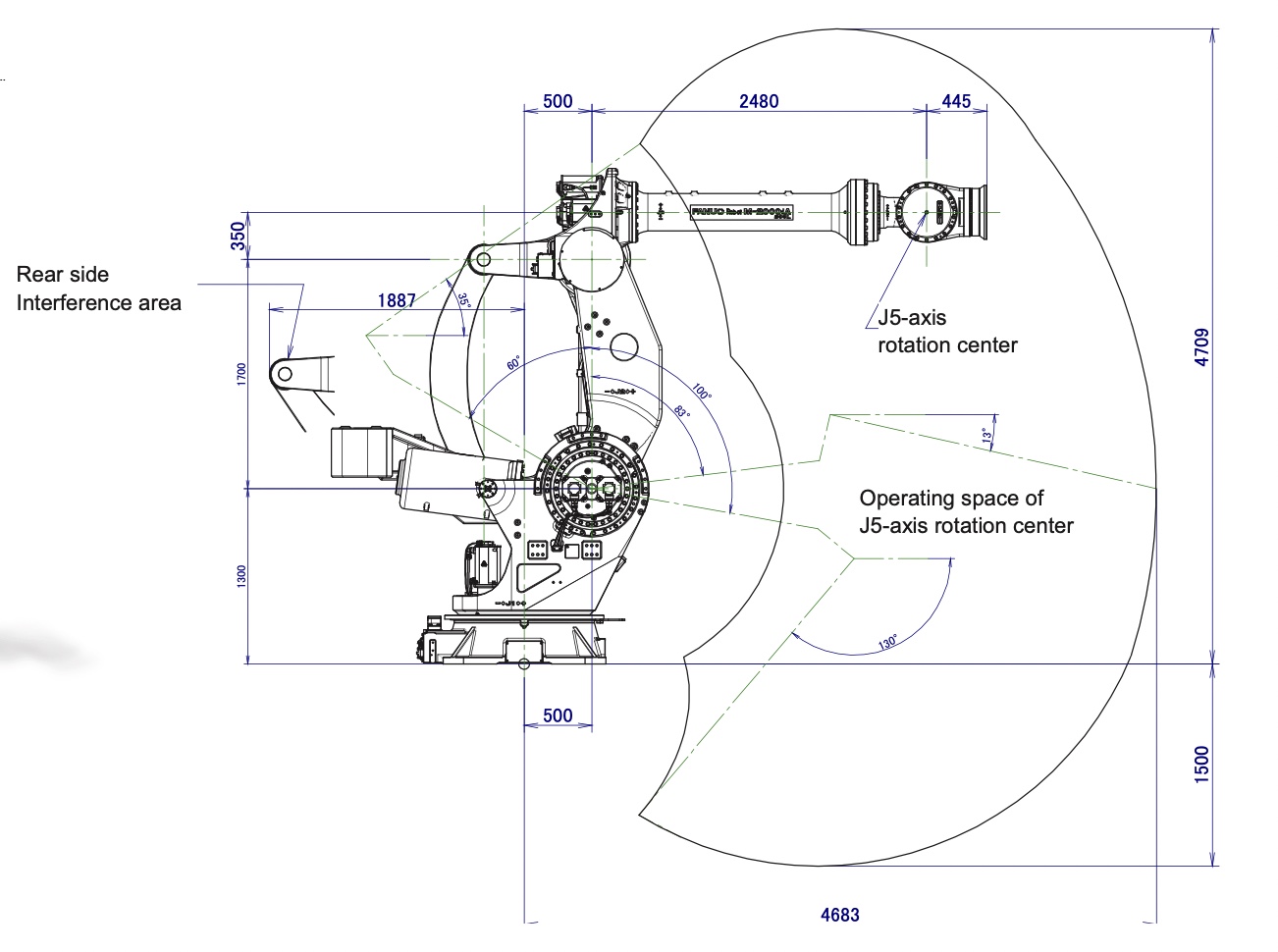 Fanuc America Robotics are one of the premiere global robot brands. They build absolutely fantastic products and are by far the number one selling robot brand in the United States. If you allow us to re-register your software with Fanuc you will get 24-7 technical support from their expert staff. We will register the robot in your companies name, so when you reach out to Fanuc for support and provide them with your robots F number they will know who you are, and the robot your calling about.﻿﻿﻿﻿﻿