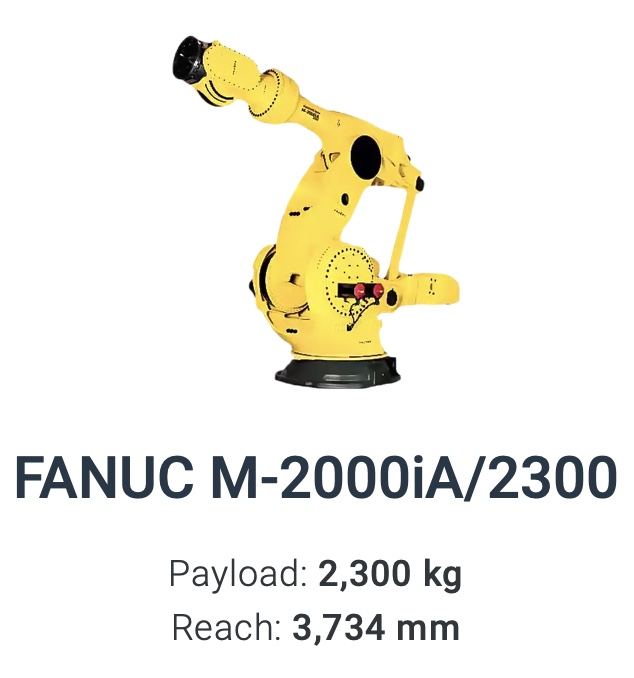 With its enormous 2.3 metric tons payload, the M-2000iA/2300 is the biggest lifter in the range. Ideally suited to heavyweight material handling applications that require an even stronger wrist, this machine will easily lift and position an entire car or load bulky set castings onto machine fixtures. Like other members of the Fanuc M-2000 family, the M2000iA/2300 is able to perform a wide range of material handling applications, including machine tending, part transfer, machine loading, etc. It can also be used in material removal applications. The robot also gives manufacturers more flexibility in their handling applications. Something that may have been impossible to lift by manual workers, can now be lifted and moved with swift and easy motion by one robot. This can not only improve cycle times for a company, but it can also reduce the possibility of something damaging the product. The steady motion of the robot, with its low vibrations, mean that the jerking movements of cranes or other lifters are things of the past. The low noise level and moderate power consumption (8kW) are also benefits that the M-2000iA/2300 bring to the table. The robot runs on the Fanuc R30iB robot controller. 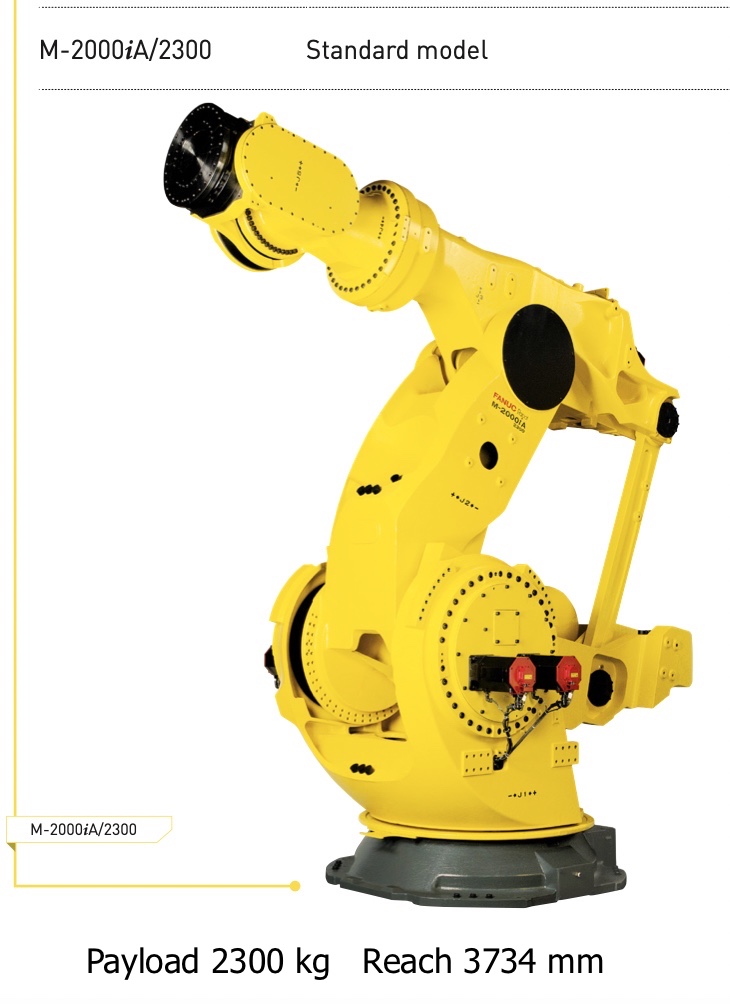 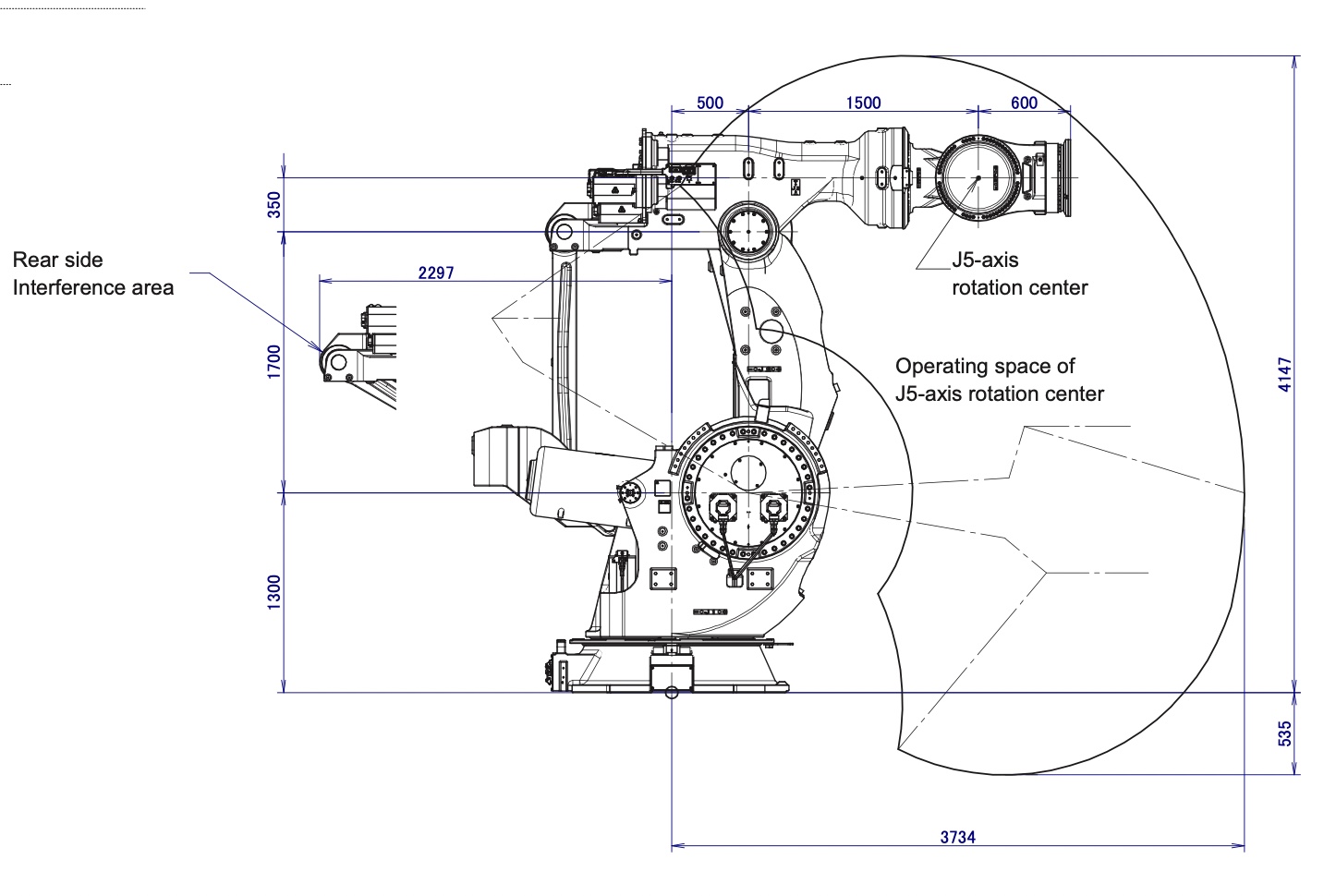