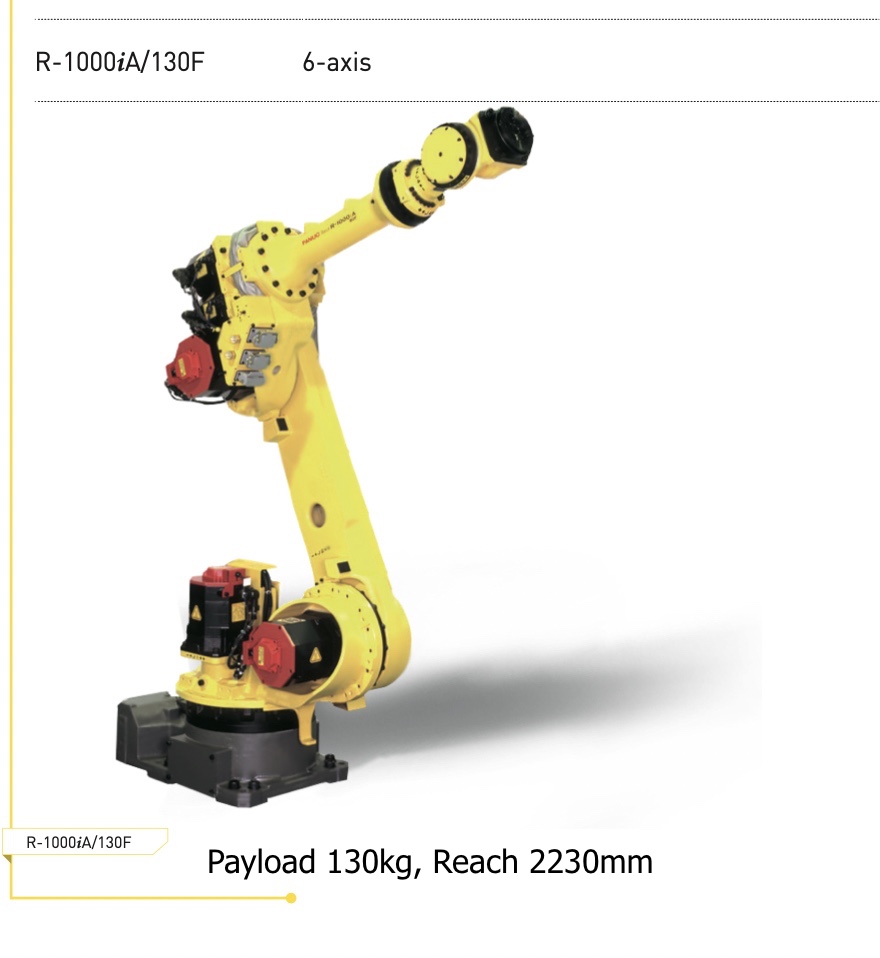 The 6 axis Fanuc R-1000iA/130F is the heaviest payload offered in the R-1000 series robot. Suitable for a wide range of industries and applications, this top model of the R-1000iA series comes with a payload of 130 kg. Despite the high payload, the R-1000iA/130F is still very compact, allowing it to work in small cells - which comes at no cost to its productivity or performance levels. The robot runs on the Fanuc R30iB Controller. 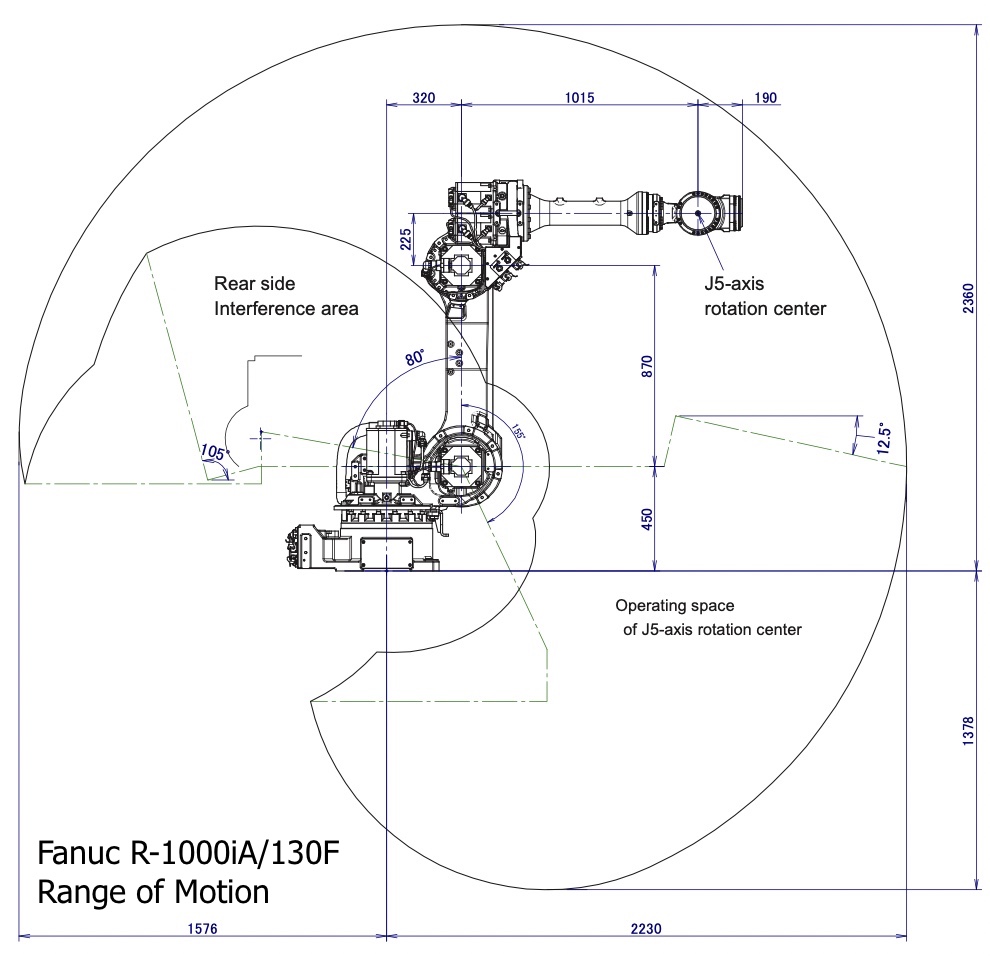