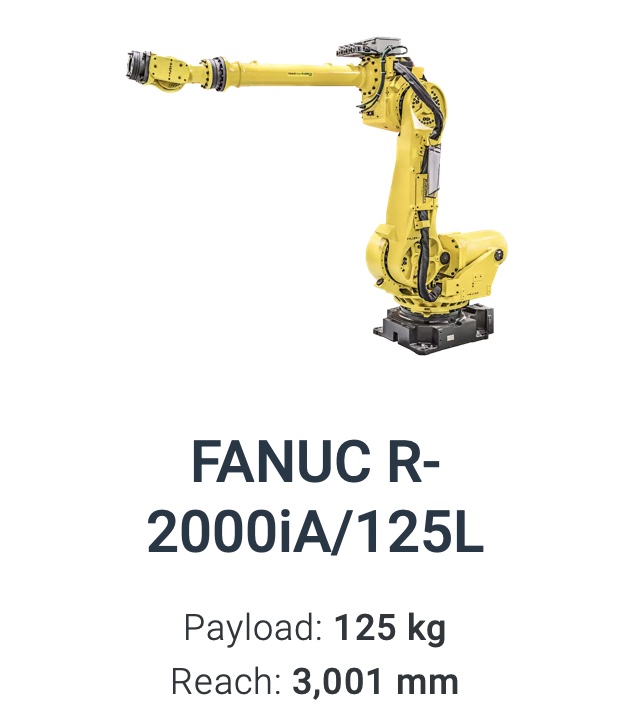 While the Fanuc R-2000iA robot is now considered a legacy robot. There are however, still lots of them in field. It's an incredibly versitile robot useful in so many applications that make it a popular choice even today. The robot runs on the Fanuc RJ3iB Controller. The next newer version of this robot was the Fanuc R-2000iB/125L robot that runs on the Fanuc RJ3iC or R30iA Controller. It's a long arm version in the R-2000 Series of robots. With its large work envelope, extended reach of 3,001 mm, and the ability to reach overhead and behind, this robot can move objects to a further distance than most robots. The R-2000iA/125L also has large allowable wrist moments and inertias that help to meet the heavy duty needs. The slim design of the R-2000iA/125L ensures that it minimizes any interference with system peripherals, and also can perform all of these applications in even the most confined areas. We love this robot as they are very popular with our customers and are always looking to buy Fanuc 125L robots even the older models that run on the RJ3iB Controller. 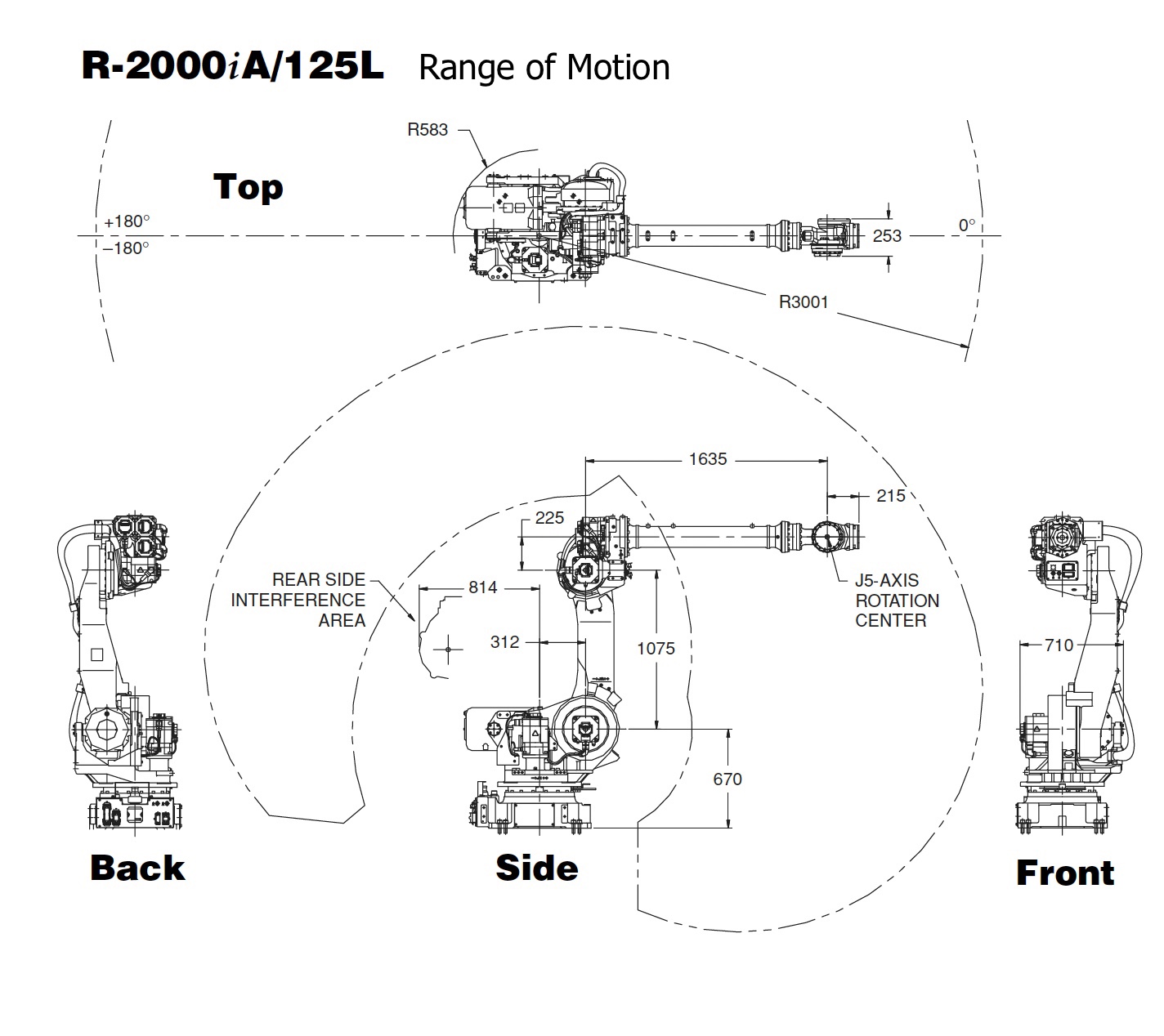