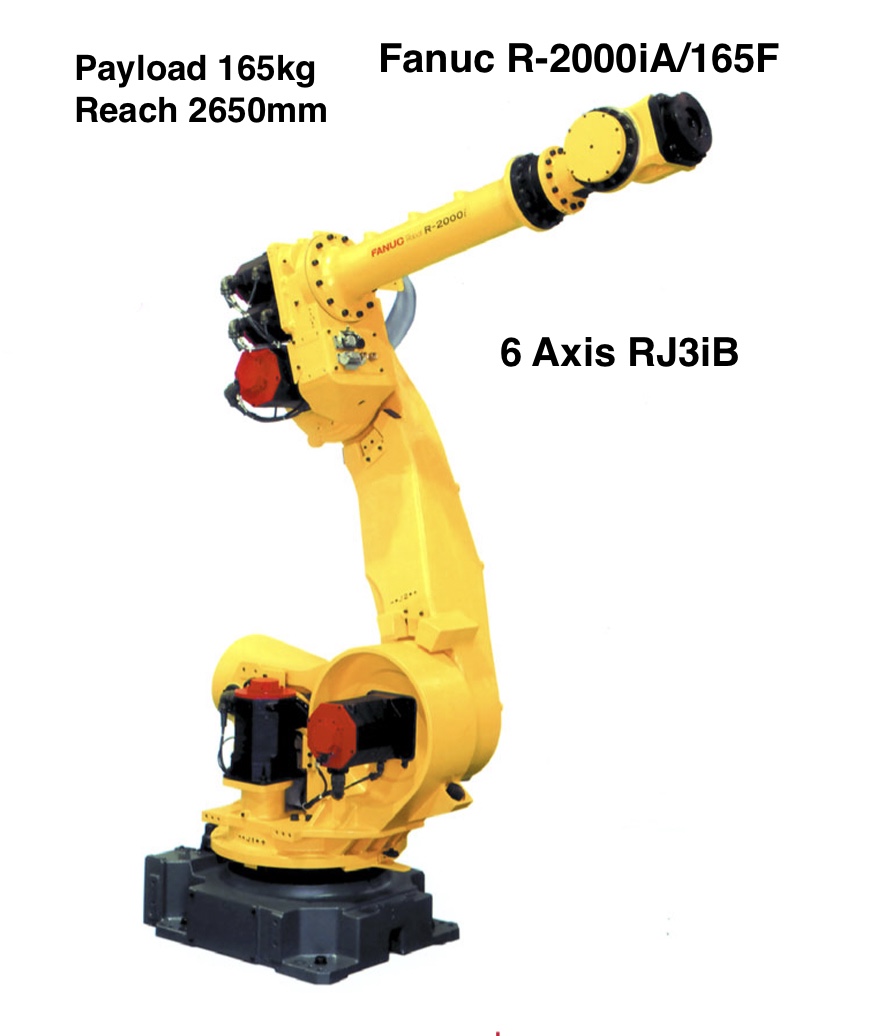 The Fanuc R-2000iA/165F robot has proven to be one of Fanucs most sought after varients in the R-2000iA robot series. With a smaller wrist and higher speeds the robot can get into places its bigger brother cannot. The Fanuc R-2000iA/165 is a legacy robot but still a popular robot for many of our customers. It runs on the Fanuc RJ3iB Controller. The R-2000iA series is FANUC Robotics’ latest-generation, heavypayload, high-performance family of industrial robots. The R-2000iA represents an advanced evolution of the company’s industry-leading S-430i series of robots. While maintaining many of the features of the S-430i, the R-2000iA provides even higher value through improved performance, reliability and maintainability. It features the SYSTEM R-J3iB intelligent robot control system. R-2000iA, the Solution for: ■ Automotive spot welding and general assembly ■ General industrial applications ■ Part transfer ■ Material removal ■ Dispensing ■ Machine loading.

The Fanuc R-2000iA/165F is the heavy-duty workhouse you want on your production floor! It is a floor-mounted, versatile robot arm that has high-performance motion to produce fast cycle times and increase your throughput. The R-2000iA/165F has the capability of handling a variety of applications, including arc welding, part transfer, material removal, dispensing, assembly, and spot welding. This level of versatility will improve a company's ability to put the robot to work and get a high rate of ROI.  We get many requests for this robot from Injection molding companies and Die Cast companies. Depending on date of manufacture the robot can also run on the Fanuc R30iA controller. 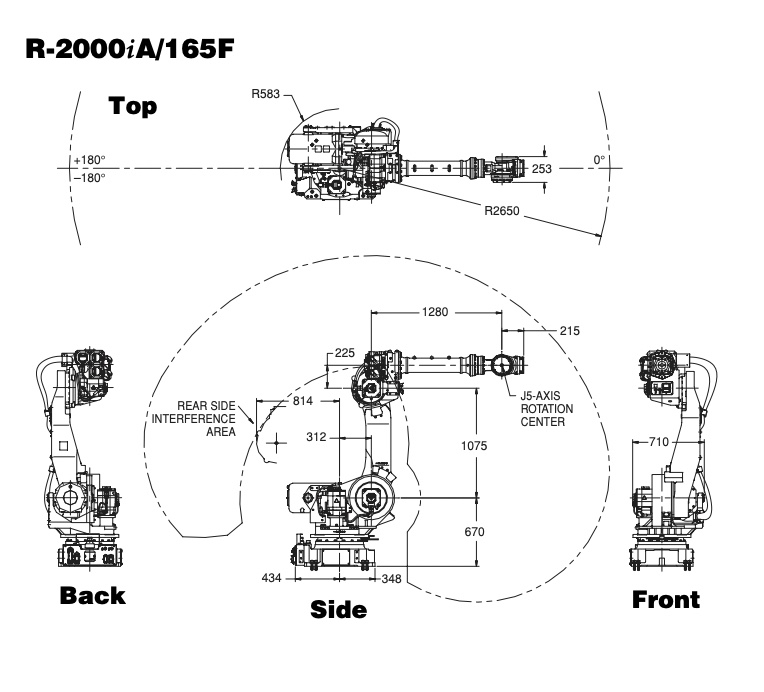